The best gig I went to last year was Micachu & The Shapes at The Windmill, Brixton. They’re always fantastic to see live, but this was new territory: a set of frayed and fried punk-rock miniatures, each suggesting an elegant three-chord economy (if those three chords were chosen at random). The onstage dynamic was captivating: Mica Levi stumbling from song to song as if in a trance, Marc Pell constantly on her tail, while each new number was crowned with a riff of sonic flotsam and jetsam from Raisa Khan’s sampler. My memory of the music at this gig in no way fits with the music on their subsequent release: Good Sad Happy Bad. However, the feeling of dissociation from that night — between the garage rock noise and the weird sampler jingles, between Micachu’s murmured vocals and the thronging, ecstatic crowd — is intensified. 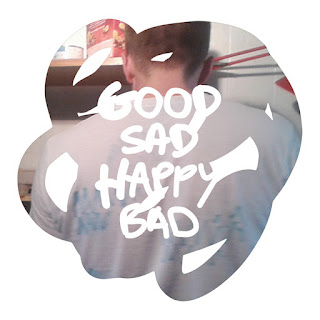 Good Sad Happy Bad is certainly the most underrated album of the year; every track is its own disorientating little enigma, and it took me many listens to begin to get my bearings. In terms of the relationship between voice, melody and the song, the album is utterly fascinating. The Shapes reprise some of the experiments of the first few waves of post-punk artists, in terms of deconstructing the song form: playing with the moment when speech or vocal sound becomes singing, and when background noise becomes accompaniment; seeing how far sonic elements can be separated from each other and still remain in a musical relationship. When does the song become a song? How does language become lyric? Can the voice just will it into being?

The album feels ‘improvisatory’, but in a very specific way. Listening through the tracks, I get the impression of Micachu’s vocal as a kind of lab rat, being introduced into a sequence of experimental apparatuses, each in its own locked chamber with one-way mirrors. With each new track, she finds herself in an unknown and artificial environment — a mobile environment, with floors and walls that won’t keep still, platforms and surfaces shifting with machine-like indifference — and she has to find her footing, stay upright, improvise some way of avoiding being crushed or drowned. Like so much of the band’s music, each track feels like a little DIY harmony machine: wheezing and whirring, powered by motors from old toys and held together with stretching and buckling guitar strings. Unlike their previous records, however, on Good Sad Happy Bad there’s no remote control. Instead, the vocal has to navigate its way through this sequence of artificial environments like a character in a platform game, dropped into a new level with unfamiliar physics or controls and expected to make it through intact.

The wonder of the album, then, is how Micachu-as-vocal manages to create songs out of almost nothing. Tracks like ‘Sad’, ‘Dreaming’, ‘Sea Air’, ‘Waiting’ (most of the album, in fact), are built on very minimal beats or grooves that chug or shudder along without changing. The vocal rides these grooves like a conveyor belt, with no way of changing their course, but she still manages to construct a song over and against them, drawing out her own verses and choruses in chalk outlines. She is able to do this through melodic virtuosity — a gift for twisting out unexpected lines and worm-like motifs that wriggle between different modes — as well as a kind of self-absorbed self-belief that borders on the psychotic. Listening to Micachu sing against one of her alien-photocopier beats is like listening to someone on the street, singing along to a reversing lorry, a car alarm or the ambient noise under a train bridge. Her bewitching voice is able to make a sonic home out of the most hostile sonic environments. The price that she pays is one of isolation, detachment, social alienation; the vocal on this album doesn’t perform alongside or with her environment, which is after all stark and intractable, but instead constructs its own self-contained songspaces through its powers of improvisation.

So how does all this feed into the narrativity of Good Sad Happy Bad as an album? Personally, I hear it as a kind of catalogue of psychic coping mechanisms, and possibly even an indictment of cognitive behavioural therapy…

From the strained verse of ‘Relaxing’, which pairs the lyrics ‘No stress, No stress, I like relaxing’ to a rising melody that sits uneasily in Micachu’s voice, there is a sense of escapism to the lyrics that is undermined by the musical context. ‘Sea Air’ constructs a verse-chorus song structure over a rickety two-chord riff, with a refrain that similarly strains into uncomfortably high territory as it describes a relaxing seaside holiday. Here, as on several other tracks, the lead vocal is ghosted by a backing vocal that tends to detach from it and ramble in its own direction. On the ramshackle ‘Crushed’, a melody is plucked from the band’s jammy groove, but it loses its feeling of certainty as it is repeated, when it is offset by a murmuring countermelody. If the vocal melodies are constructed as ‘happy thoughts’ to escape the monotony of the track’s environment, these moments undermine the integrity of these thoughts, threatening their collapse.


Returning to the lab rat scenario, the backing vocals can also appear as traces of previous subjects’ attempts to endure the environment. Deep within the texture of ‘Oh Baby’, another voice can be heard: a palimpsest, barely perceptible, of a previous (failed) song that was once improvised from the same circumstances. (This dynamic also reminds me of the ‘ghost’ drivers that appear in certain ‘time trial’ video games, doomed to repeat the player’s previous trajectories.) Halfway through the track, a sudden banging (from the floor below?) suggests that someone’s trying to be heard; however, the next track, ‘Waiting’, is the most minimal of all, built around a four-note alarm tone that feels like a motivic relation of the previous ‘Oh Baby’ refrain, turned back on the vocalist in an act of psychological torture.


This whole interpretation of the album is corroborated by ‘Thinking It’. Over a groove worthy of The Fall on a good day, we hear a mundane internal monologue about going for a run, expressing just the kind of obsessive reasoning that we use to control our own behaviour. ‘Thinking It’ also enacts a moment of total dissociation — the monologue entirely unsynced to the groove — that serves as a counterweight to the reversal that occurs towards the end of the album.

After the extreme austerity of ‘Waiting’, the whole process is apparently hijacked by the vocal on ‘Unity’, whose ‘uh huhs’ appear to emanate from some unseen control box, outside of the songworld. With a lyric that declares a new sense of strength, the vocal forges on with its own melody, in its own metre and key, with the rest of the track floundering and squealing pig-like in the middle. It’s another point of almost total dissociation: an interruption, breakdown or moment of refusal that is quickly followed by ‘Peach’, a sort of ‘testcard’ track, worryingly ‘empty’ of vocals. The guitar and synth meander through chord changes with trepidation, as if buying time.

After the crisis of ‘Unity’, the final trio of tracks stage a sort of recovery. ‘L.A. Poison’, the longest track on the album, suggests a vocal more in-tune with its surroundings. Rather than constructing its own song structures, it allows itself to be buoyed along by the beat, its melody as low-key and monotonous as its environment. It is a therapeutic moment, borne out in the mindfulness of the lyrics. ‘Haze’, the following track, is the vocal’s first attempt to exert some control over its environment, bending the groove to accompany its melody. It is an uneasy first step, with the accompaniment sliding all over the place to keep up with the erratic vocal. Even so, the chord changes that accompany the repetition of the refrain — ‘And the cherry blazes and hazes’ — feel like a breakthrough in the context of the rest of the album. However, this fleeting moment of synchronisation is quickly undone as the accompaniment recoils into an obsessive four-note motif.

The album closes with ‘Suffering’, the only properly integrated song on the album (by which I mean that the vocal and accompaniment move in concert, to produce a harmonically/texturally articulated song structure). Motivically, it is something of a reprise of ‘Relaxing’; lyrically, it would seem to resolve, through an acceptance of ambivalence, the binary mood swings of the opening tracks, as reflected in the album’s title: “It’s only suffering that keeps my conscience clean”. As a conclusion, ‘Suffering’ suggests a heightened self-awareness in place of the escapist self-conditioning of ‘Relaxing’ and ‘Sea Air’.

This interpretation of Good Sad Happy Bad is just one way of approaching a unique and curious document, without immediately disregarding its mysteries as mere quirks of a particular recording process (as many reviewers were quick to do). Like all good case studies, it remains ripe for further analysis. The overall transition from “…When I feel sad, I want it all to be okay…” to “…It’s only suffering that keeps my conscience clean…” is hardly a straightforwardly positive one, and there are a mess of other complicating factors that are hinted at over the course of the album. The lyrics point to a relationship: possibly long-distance, given the number of phone calls awaited, received and withheld. Equally, references to summer and winter frame the album in terms of seasonal affective disorder. However, the album’s sequence of improvisatory trials are also suggestive of the 21st-century challenges of living under increased precarity, the need to be resilient and self-motivated to survive, and the terrible impacts that this can have on mental health.
Posted by thom at 13:42:00