Few prospects are more exciting to me than a new Oneohtrix album. For an artist whose medium is so broad — collages of collages of diverse electronic and experimental textures, undisciplined by the demands of beat and pulse — it is always astonishing how distinct and distinctive each new album turns out to be. Garden of Delete is even more mercurial than its predecessors. My experience of listening to it is akin to riding the most expertly engineered ghost train in existence; you’re swung round corners and dropped down chutes, glimpsing flashes of forms and faces, before emerging into a chamber of blinding strobe lights. And yet, like that great ghost train of a movie, Inland Empire, each twist and turn is also an expert feat of psychological engineering, systematically demolishing your sense of orientation, leaving you raw and exposed to the album’s horrors and its beauty. 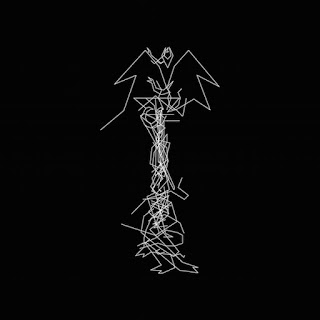 Garden of Delete is also a perfect title, since this is an album on which the principal voice is always in the process of being deleted. What I love about Oneohtrix is that he remains interested in the song form, even though most of his voices have already disappeared, disintegrated or dissolved. In much of his work, the voices are still felt: present in their absence, never far away. They appear fossilised in samples, they are glimpsed in billowing stacks of synth vocal pads, they glitch through the cracks of his compositions as clipped vowels or consonant clicks. In many cases, we can sense the recentness of their disappearance, as if entering an empty room that was only just vacated. Perhaps it’s in the reverberations of a conversation that still ring off the walls, or the impression of a body, a handprint on a window, a shadow that refuses to dissipate. Hence, while the voice at the centre of the song — its ‘subject’, like the subject of a photograph — has disappeared, the logic of the track remains song-like. The material, for the most part, cannot develop on its own in the manner of a beat-driven track or a classical composition; it remains attached to the absent voice at its absent centre, and thus collapses or fragments. ‘Things fall apart, the centre cannot hold’, etc.

(This hearing can be illustrated by Stephen King’s ‘The Langoliers’, in which passengers on a plane find themselves having flown through a rip in the flow of time, leaving them stranded in a now empty moment of the past. Such used and discarded moments in time are disposed of by a swarm of monsters with grinding teeth, called Langoliers, who eat up the canvas of the world, leaving nothing but a black void.)

It is not just the musical fabric that collapses with the deletion of the vocal-subject, but genre itself. Genre isn’t just a symptom of production tools, nor is it primarily to do with reception (subcultures, listening contexts). Genre concerns an ordering of relations within the songworld; sometimes this is around a vocal-subject, sometimes a dancing-subject, sometimes some other focal point. Garden of Delete is all about the erosion of genre in the absence of an ordering musical subject. Musical landscapes recede, repetitive motifs or cycles lose their polarity and fall out of phase, distinctive timbres shrivel and rot, phrase boundaries and metrical cores crumble away.


However, on this album, like the song form, genre wants to be maintained. We are not so much faced with a playful mix-and-match of genre signifiers (of the kind that the more throwaway internet-based comparisons suggest), but a crisis of generic integrity (which is perhaps more characteristic of the internet anyway). It is this desire to maintain a coherent song subject and genre identity, in the face of disintegration and disorientation, that accounts for the many moments of heart-breaking beauty on this album. This is a quality that Oneohtrix shares with Burial (possibly the only artist from whom a new album release would excite me even more). However, while the disintegrating world of Burial is a kind of strange exterior demi-monde, Oneohtrix’s world (his ‘stage’, or ‘garden’) is interior to the space of production. Rather than being cut loose into a world of alienation, Oneohtrix’s voices are pulled inwards, into a cold black digital hole.

There are more voices on this album than on previous records; on tracks like ‘Animals’, ‘Lift’ and ‘Sticky Drama’, it is as if we are arriving onto the scene of deletion a few seconds earlier than before, in time to witness the final death throes of the song. In each case, we hear the voices being crushed into digital signal: a fate that is established by the initial vocal convulsions of the ‘Intro’. The album’s extensive lyric sheet gestures towards a lead vocal that was once integral to these songs, but all that remains is a Morse code of staccato vowels and the trace of a melodic shape.

There is a lot of extrasonic material orbiting Garden of Delete, coating it with a rich humus of ‘concept’ into which reviewers have gleefully dived. This mainly concerns a teenage alien called Ezra. I haven’t yet properly engaged with all this, although it sounds fun. Nevertheless, the purported central theme of adolescence is an interesting complement to my own hearing of the album, which has always had something to do with death: a long death hallucination, perhaps, in the manner of Jacob’s Ladder or Enter The Void, in which the subject (and all its memories and personality traits) is gradually deleted. We could consider adolescence as a kind of death: the death of the child; the death of the consistent, harmonious world of childhood and the family; the death of the future, perhaps, as we come to terms with our own limitations and the ever-diminishing horizons of the adult world. The nihilism of adolescence and adolescent music is reflected in the blasts of metal and hard rock noise. In addition, this interpretation may evoke the tragedy of teen suicide rates, but it could also point to an ultimately more positive interface between adolescence and death: the uniquely teenage awareness of the fundamental injustice, incoherence and disingenuousness of the world, before one is fully absorbed into the cynical pragmatism of adult life.

In this respect, the curiously soulful ‘No Good’ is a touching conclusion to Garden of Delete. The barely coherent voice, under erasure, seems nonetheless resigned to singing its final song, as it splinters into shards of digital noise. As such, the song seems to hold together, even if the lyrical and expressive intent behind it is totally incomprehensible. Looking at the lyrics sheet afterwards feels like rifling through a drawer of scribbled diaries, in a childhood bedroom long since vacated, yet still unchanged: