no.8// Twin Peaks the Musical! 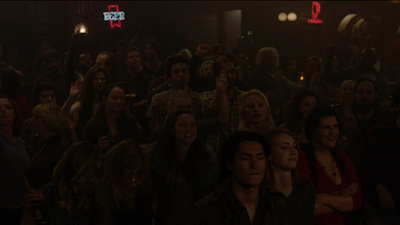 At the Roadhouse, every night is Twin Peaks night. The dream fades, the band rematerialises, the episode draws to a close, and Lynch turns the camera on us for the final few minutes. Our faces are still fixed on the stage, still glued to the screen with reverent patience, waiting for one more clue before the final credits roll. The fans at home convene with the fans in the crowd, sharing in this tribute, this séance, this 18-hour vigil, this wake for a beloved television series.

The Roadhouse is a portal to Twin Peaks. This is common knowledge. That’s why the hipsters gather there, night after night, to pay tribute. That’s why the artists make the pilgrimage, with their reverb pedals and their bewitched voices and their vintage pouts. They are summoned to the Roadhouse, just like the motley ensemble that Cooper summons decades before, for the revelation of Laura’s murderer. They gather and they wait for something to happen: for the Giant to appear, or Cooper, or Audrey.

In his Pitchfork article about the music of Twin Peaks 3, Daniel Dylan Wray attempts to articulate the role of the Roadhouse performances that end almost every episode:

The scenes, and the music within them, are used as a guide back toward something resembling reality, a reassuring embrace of the familiar following the rest of the show’s deeply disturbing and bizarre images. […] [O]nce you’re in the Roadhouse, you know you’re safe—relatively speaking, at least.

Wray recognises the Roadhouse’s liminality, as a gateway or antechamber between two worlds. He too suggests that the punters in the Roadhouse are somehow closer to ‘reality’ (closer to us) than the characters whose meandering ‘stories’ their appearance punctuates. But Wray’s gloss is ultimately unsatisfactory, begging more questions than it answers: How is music supposed to guide us back to reality? Beyond the superficial ‘familiarity’ that a music writer might feel when faced with ‘real-life’ musicians ‘playing themselves’, what is so ‘reassuring’, ‘safe’ or ‘real’ about musical performance? And why would a fictional text even want to ‘guide its viewers back to reality’ in the first place?
Read more »
Posted by thom at 17:14:00 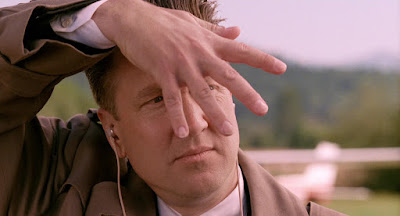 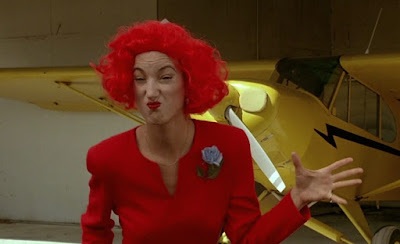 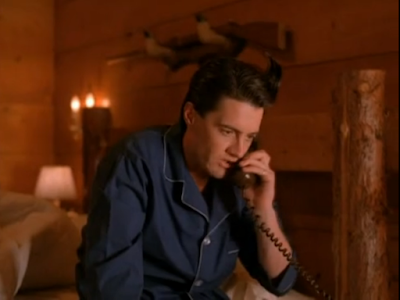 Let’s compare this moment to the relationship developed between Cooper and the Black Lodge in Twin Peaks 3, which I can only describe as an inversion or parody of that iconic dream sequence. Rather than an unpredictable fount of gnomic clues, threatening the integrity of what should be a conventional murder mystery narrative, the Black Lodge (and Mike, its custodian) appears to be one of the last sources of narrative momentum in the Twin Peaks universe: a final bulwark against total stasis.
Read more »
Posted by thom at 21:53:00

To ask for a repetition of Twin Peaks is to ask for another dead body, another dead girl, another secret history of violence and abuse, all wrapped up in a comforting shroud of picturesque mysticism. As with all murder mysteries, the thrill of the original series derives from the friction between the two chronologies that the murder initiates: the first, linear, the mystery-solving procedure; the second, cyclical, the murderer killing again and again. The dynamic behind serial murder, as the original series showed us, isn’t so much accumulation as repetition. Maddy and Donna: they were vulnerable because they were Laura’s doubles (or, because they came to occupy the position that Laura had previously occupied for the murderous men of the show). Laura had to be killed, over and over.
Read more »
Posted by thom at 16:40:00 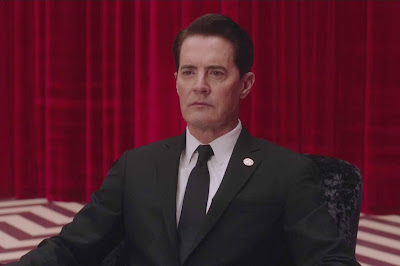 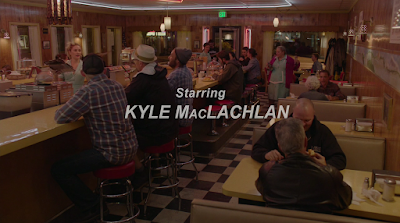 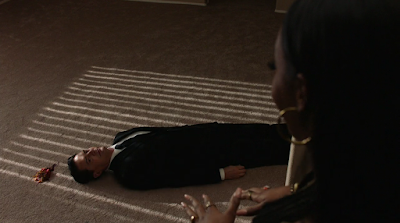