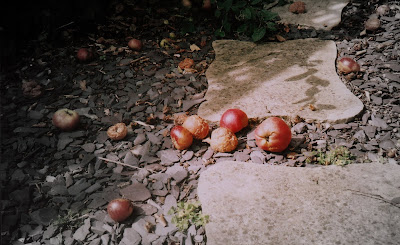 
The Wavves album is an absolutely fantastic collection of pop songs. Listening to it reminds me of playing Crazy Taxi for various reasons, which I will now deploy one-by-one as a frame to structure this review around. Firstly - the game's Californian pop punk soundtrack, which represents Nathan Williams's most significant touchstone in these songs. Short and loud they may be, but every one of them is furiously melodic and classically formed. It feels as if these choruses, drawn from one of the most melodically-driven movements in rock music, were then burnt or melted - their edges blackened and softened, their inner workings overheated and sparking. It's hard to avoid the metaphor of 'being left in the sun', because of the very audible glare in the lens of the speaker. In other words, Williams treats these fits of skater nostalgia with the kind of buzz and crunch that have come to define American alternative pop in the age of Animal Collective. This latter band are clearly present on 'Baseball Cards' and wilfully invoked on 'Mickey Mouse', both of which denature their melodies with feverish heatstrokes.

The album is also steeped in Crazy Taxi's mix of joy and aggression. Superb slacker anthems like 'Super Soaker', 'Idiot' and 'Post Acid' are pushed from sunny rush to woozy punch by their stone-baked timbres. The two best tracks - 'King Of The Beach' and 'Linus Spacehead' - are absolute gems of songs, but the kind of gems that you'd find in the Sega game Columns: sweet and bright as Jolly Ranchers, but so volatile that they are liable to explode with the slightest manipulation. What makes this joyful aggression so powerful is that quite a few of these songs are love songs. If the album is a summer, which it certainly is, and the summer is a relationship, which it could well be, then it is one defined by moments of such giddiness that they become self-destructive. It is an unreal hyper-summer, the kind that you lived perpetually on Crazy Taxi. It slips into the psychedelic several times, but this is never necessarily an alienating realm of the kind that recall only the most expensive and professional drug-trips. Instead, the strange visions reported on tracks like 'Convertible Balloon' might just be the result of playing too much video-games (which is where I'll end my Crazy Taxi analogy, but also insert a plug for Scott Pilgrim vs. The World which I saw this week and LOVED).

The Best Coast album shows a very different summer, but - like Wavves' - this summer is also a relationship (and it's pretty fun that potentially those relationships are in reality the same! omg!!). Bethany Cosentino uses a different hyper-melodic pop movement as her touchstone; she goes back further, to the '60s, girl groups and Walls of Sound - the point at which (in the pop world, at least) the cosy relationship between tune and noise began, from which its very present legacy (via The Jesus and Mary Chain) is still attuned. Nathan Williams nods his gratitude to this era himself, via the drum pattern on 'When Will You Come?', but Crazy For You, from its title onwards, is unabashedly steeped in it.

It is not just the soaking reverb, powerful but precise vocals, slow swaggering tempi, and relentless melodicism that belies the influence of '60s pop. Cosentino manages to re-capture much of the naive, slightly troubling emotional blankness of the lyrics of '50s and '60s sweet pop, but she uses it deftly to her own ends, making a show of its occasional impotence. The soundworld hangs heavy over the whole album; this summer is overcast and humid, sometimes suffocating. From this sultry ambience, the perfection of each melody and the baldness of the lyrics stir up a quite intense alternation between frustration and apathy. Song subjects and lyical clichés recur as obsessively as '60s reminiscences, while the slightest differentiation in tone and tempo between relatively breezy songs like 'Crazy For You' and 'When The Sun Don't Shine', darker, more brooding songs like 'Honey', and manic songs like 'Happy' or the end of 'I Want To', speak a world of buried emotional drama. While, first time round, those sweet, clean-cut pop songs might have suggested real innocence and honesty, now they act as an eloquent mask for stormier passions.

The tone of the whole album is set by the first and best track: 'Boyfriend'. People don't really talk about word-setting in pop music, usually the words just fit the melody that's already there, but with each 'I wish he was my boyfriend', Cosentino's ascending, whining phrase captures perfectly the obsessive, adolescent quality which dominates the record. As a summer, Crazy For You is almost stifling (I'm thinking Summer of Sam/Do The Right Thing here), while as a relationship, behind the differing sentiment of each track, it is wrought with an overbearing heaviness that, having defined it from the outset, is unable to be lifted.

If these albums really do capture the same relationship, then it's one so drenched in gasoline on Cosentino's part that any one of Williams's fizzling sparks might be enough to make the whole thing explode. (They have, after all, been called the new Kurt and Courtney.) However, even without all this indulgent auto-biographical listening, both albums present very unique and very seasonal experiences. I'm still disposed towards the Wavves album more, possibly because there's more variety across the record, possibly because it is more original as a creation, possibly because it's more 'my kind of thing', possibly because I was biased from the start.

On a final, more general note, it is interesting that 'surf' and 'summer' have been used as jumping off points for two quite different creations (and obviously, the same could be said of The Drums, Surfer Blood, Beach Fossils, Real Estate, Neon Indian, Wild Nothing etc etc etc). I think the fact that so many new bands are playing with the same limited types of imagery - working within the same semantic field - can only be an interesting artistic trend. Pop music (and music in general) is biased towards demarcating movements based on sound-alikes rather than any wider cultural or artistic concerns. This is a strange trend, because the critical climate has also become quite hostile towards groups of bands that sound exactly the same as each other. But however the idea of 'chillwave' came about, it doesn't matter, because it is now firmly rooted in our consciousness, the consciousness of artists, fans, critics etc etc. The extent to which chillwave as a 'sound' corresponds with this coastal semantic field is also only partially important. Even if none of these bands sounded anything like each other, the trend would still be interesting, because the idea of 'summer' and of 'surf', and of their representation in wider culture and the history of pop music, is still being widely considered and explored. The commentator that denies any relevance to a movement because of its apparent spontaneity or internal variety is as unhelpful as the commentator who denigrates a few artists as unoriginal as soon as any trends appear uniting them.

More on this at some point, I suppose, maybe with added speculation about what exactly links cats to surfing in the artistic consciousness of the zeitgeist:

And, just this week: 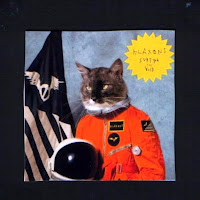