As an institution though, and one which takes itself very seriously, the Prize can come across as ridiculously out-of-touch with the nature of the music that it deigns to judge. Firstly, they claim that 'only the music on the album is taken into account' - presumably lyrics are included in this, since hip hop albums have always done pretty well. So, can they take into account the artists' careers so far, their previous aesthetics, their live performance style, their image cultivation? Presumably, even the album cover artwork is off-limits. To what extent do they judge the music for its timeliness, for the manner in which it represents a zeitgeist or a movement, or for its effect on the rest of the year's music? Pitchfork, when they put together their many lists, absolutely love that kind of thing, but in a competition like this, perhaps it would be deemed unfair. And yet the website suggests that they aim to celebrate innovation and originality, so surely the current musical climate must be taken into account for that to be viable.

It's strange actually, because I've always thought that the prize seems to favour the kind of music which doesn't aim to be innovative or original, instead approaching songs from a safe 'British indie rock' position and concentrating on what (irritating) reviewers might call 'good songwriting', as well as a lot of old-fashioned production work. The consideration of an album as a discrete objet d'art automatically places a lot of emphasis on production anyway. The judges are listening to sounds cemented in time, to 'tracks', rather than malleable songs. For this reason, anything wilfully subversive or lo-fi in its production aesthetic can pretty much discount itself. Looking at some of the shortlisted artists over the last few years, innovation doesn't exactly come across as a key quality either. The View, The Magic Numbers, KT Tunstall, Snow Patrol, Athlete, Bat for Lashes - all painfully predictable artists who build their individual hits from very safe sound-worlds. This year, Corinne Bailey-Rae represents the most wilfully banal act, but the overall emphasis is still on what could be described as earnest craft rather than groundbreaking art (Biffy Clyro, Laura Marling, Mumford & Sons - hardly unprecedented acts). 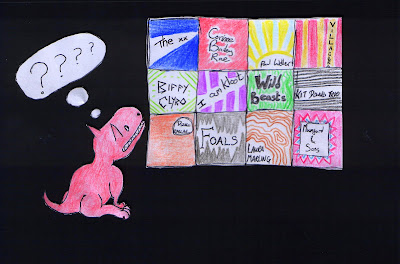 So the institution of the Mercury Prize reminds me of those other institutions which arbitrate over the mainstream of pop music in the UK - the newspapers, the labels big enough to have posters on the underground, the window of HMV, the front page of the iTunes store. These institutions divide the 'fun pop for kids' from the 'serious pop for adults', and it is the latter category which is delineated by things like the Mercury Prize shortlist. This category is always validated by the inclusion of some non-pop record; recently these have been cross-over jazz albums, but previously Macmillan, Adès and Maxwell-Davies have been bizarrely included. Obviously the rule is that these token inclusions can never ever win, they're just included to show how 'serious' all the other 'adult' pop in the list must be.

All in all then, just as there's an 'Oscar formula' to a movie, so there is a 'Mercury formula' to a British album. In order to interest the wider audience that it appeals to, at least half of the albums must be from fairly famous bands, the kind who can be mentioned in the Guardian without the need for a short accompanying biog. In order to give the Prize the feeling of integrity which it relies on, most of these artists should be 'grown-up' in their sound: quite quiet, quite slow, non-controversial, music for listening rather than dancing, considered-sounding lyrics about non-frivolous things. It helps to be non-gimmicky, even if your gimmick is fantastic. Then, if you've managed to market a non-mainstream musical style to a slightly larger audience, you've pretty much automatically earned an inclusion. Most of all, selling a lot of units helps, as long as you write your own material and don't show too much flesh in your videos.

At its worst then, the Mercury Prize helps to cultivate this bizarre idea that there can be some pop music that stands on its own in a complete socio-cultural vacuum, and that this is a 'grown-up' pop music, mature enough to accept that making money is a necessary part of life, and that it isn't clever to be shocking for no reason, and that most people won't care if you move to a major label. Annoying as this is for me, I must admit that it sustains a certain portion of the population, while independent music will always sustain itself. The biggest problems with this outlook is that it precludes both skillfully made chart pop and dance music from certain value parameters, while suggesting that middle-of-the-road rock music has a comparable cultural currency to new classical works (and thereby reducing the impetus to actually go and listen to these works).

However, things get interesting when, unavoidably, a really good, innovative, epoch-defining, independent record gets included in the list. And to be honest, some of my favourite British bands of the last few years have had nominations: Hot Chip, The Go! Team, and this year The xx and Wild Beasts (but not Micachu...). Sometimes, not surprisingly, they win: like Antony in 2005 and Klaxons in 2007. But it must be so weird for the judges to have to put all these albums next to each other and compare. The conversations they have must be so strange. Tellingly, the chair of the judges this year is Simon Frith, a pre-eminent academic in pop music studies, who's probably all for developing a way to empirically compare pop albums from artists as absurdly diverse as Radiohead, Dizzee Rascal and The Darkness (2003), as if they were colour-plates in a big heavy history of contemporary, vernacular art.

I'm rooting for Wild Beasts. As far as I'm concerned, it seems very obvious that they should win. However, the odds are apparently on Paul Weller.

What would be the point of pop music if Paul Weller won?

I guess we shall see.