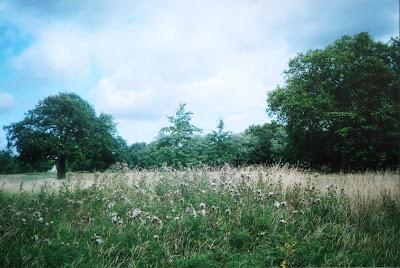 In many ways, Sufjan Stevens has always been a prophetic voice. He is by far the most distinctive and eloquent Christian artist in all of pop music and, though his publicity rarely acknowledges this, his music and lyrics speak boldly of God's presence in his life and world. But Sufjan's God is unallied to any church, his music is by no means functional sacred music, and his lyrics are unobscured by the kind of dogma and jargon which might alienate his largely non-religious indie listenership. Sufjan is, in many ways, a Blakeian figure - the world that he celebrates is a recognisable one, and the divine or godly is found within it and is recognisable as the same spirit of beauty and significance in human civilisation, or the individual human experience, that many other artists choose to celebrate in other terms.

Like Blake, Sufjan is drawn towards grandeur. His large ensembles, decadent time signatures, multi-part structures and long, archaic titles all reflect a desire to represent greatness. The first track of the new EP starts in that vein - it feels like an exploded song, grandiose in the extreme. The structure is not too complex, the material fairly consistent, but instead it seems like the dimensions of a small-scale model ('The Sound of Silence', no less) have been blown up to huge proportions. Each phrase sprawls out almost clumsily before shifting to the next chord, the instrumentation is knowingly florid and the whole thing revolves in slow, gigantic circles as if it could go on forever.

Like Blake, though, Sufjan also excels at the intimate and the humble. On Michigan, for example, he can brilliantly follow up the epic 'Detroit, Lift Up Your Weary Head! (Rebuild! Restore! Reconsider!)' with one of the most devastatingly honest and personal songs I know: 'Romulus'. On Illinois, he manages to do both simultaneously, surrounding delicate, intimate storylines with hymns of universal and Biblical significance, as for example in 'Chicago' or 'The Predatory Wasp Of The Palisades Is Out To Get Us!'. In these, Sufjan's greatest moments, he manages to demonstrate the godliness in all small things and the boundless weightiness of the most personal of events.

I believe that these achievements were very much forged from Sufjan's intense engagement with his real geographical subjects - the living cultures and histories of the States (and on Seven Swans, the personal myths surrounding his childhood home and homeland, as relating to the Biblical terrain of his own spiritual growth to maturity). He was compelled to engage in each instance with some real object - a person, place or event - from which he could draw universal significance. His lyrical mode combined real and imagined personas with prophetic address and acts of worship, centred on the beauty of the present state of things. His God was a god of highways and skyscrapers as well as a god of fields and lakes.

Musically, this grounding encouraged a language rooted in folk - the spiritual language of natural America  - but developed through complexities that had a perfect architectural symmetry to them, and often drew from the 'urban' language of Reichian minimalism (to which he later resorted for his paean to the BQE). 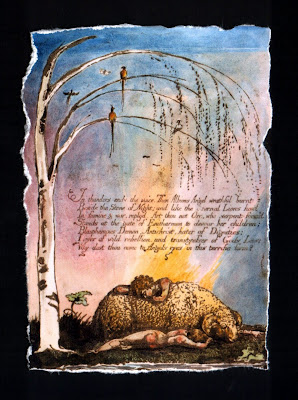 In other words, America as a subject kept Sufjan in check both musically and lyrically. His inclinations towards grandeur were focused on the apotheoses of everyday things, and his more intimate songs were always devastatingly direct. Without anchors like this, there will always be a danger that Sufjan's glory will become ungrounded, and his musical complexity de-centred. This is, to an extent, what I find on the All Delighted People EP. In his moments of grandeur, Sufjan sometimes shifts back into the prog of his earlier days. The longer songs balance a strange mix of rhapsody and monotony, while the arrangements seem sometimes arbitrarily elaborate. Even on the shorter tracks, there are suggestions of the 'Polyphonic Spree effect', by which the texture is clogged up with lots of different-sounding instruments playing similar things.

At other times, Sufjan has begun to use the kind of chromatic shifts in harmony which of Montreal use when they want their music to sound particularly 'progressive' and through-composed, but which can really detract from the definition of the melodies. The final, most difficult track, 'Djohariah' - the '17-minute guitar jam-for-single-mothers' - would be a harmless gesture if it didn't reflect a more general trend in his output towards formlessness.

The core of the record demonstrates Sufjan at his more intimate, and has some lovely moments. The mood in general is blissful and balmy; even the nocturnal 'The Owl And The Tanager' seems to relish its own moonlit secrecy. 'From The Mouth Of Gabriel' gradually builds up an effervescent minimalist flow through which the melody wends, and 'Heirloom' glimmers with a simple beauty. However, at no point - in melody or lyrics - does he approach the levels of extreme beauty which he has previously managed on frequent occasions through the manipulation of personal honesty and storytelling and prophecy.

So it's not that I'm against new directions or new formats, it's just that I feel - since The Avalanche - Sufjan's work has had a comparable insubstantiality to it. I'm excited about The Age of Adz; it would be foolish to guess what I'll think of it, but Asthmatic Kitty suggest it will be a big departure from the last few albums - 'an extensive use of electronics', 'no conceptual underpinning', 'an obsession with cosmic fantasies'. They do, however, promise 'songs. Verse, chorus, bridge, backbeat', which hopefully precludes '17-minute guitar jams'. For now, while I'd probably be delusional to think that there are still forty-eight more hypothetical records, each as unique as the last, hanging there in potentiality, denied gestation, I will always maintain that the '50 States' vision was more than over-the-top, conceptual precocity, but was in fact one of the most fruitful and effective artistic projects of the '00s.