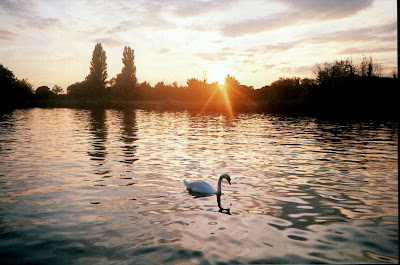 Sean Carey - aka S. Carey (scary?) - releases his debut album, All We Grow, this month, and the few songs circulating the internet at the moment suggest the same use of 'minimalist' tonal textures as sonic cushions for soft drifting vocals that bandmate Justin Vernon explored on tracks like 'Babys' and 'Island, IS'. All the spiel about 'classical training' and 'contemporary-classical' that accompany Carey's write-ups on some of the review sites is a bit irrelevant. These are still 'folk' songs which employ quasi-minimalist sonorities as new accompaniment timbres. He borrows sounds rather than systems, and does so with the same intention as many other artists, to evoke a pure, natural subject - an organic pastoral landscape of sound within which the singer can move without risk of spoiling. For Sufjan, along with Reich, this 'natural' landscape was often an urban one, for Carey, as for Vernon, it is clearly rural.

The extreme serenity which the unchanging ostinati, and more importantly the inflexible harmonic axis, of the piano and woodwind textures provide a mesmeric frame for Carey's fine voice. Not having heard the whole album though, I hope that the pace and tone of the various songs will be varied a bit, so it isn't all too idyllic. The sonority of the American minimalists lends itself well as an inspiration for independent pop and folk music, and the transformation of the minimalist textures into short song structures works surprisingly well. Possibly, pop artists might find it rewarding at some point to experiment with some of the more complex harmonies, rhythms and structures that are found in actual 'classical' minimalism but would nevertheless withstand the translation into more compact forms. (We're looking at you, Nico.)