To ask for a repetition of Twin Peaks is to ask for another dead body, another dead girl, another secret history of violence and abuse, all wrapped up in a comforting shroud of picturesque mysticism. As with all murder mysteries, the thrill of the original series derives from the friction between the two chronologies that the murder initiates: the first, linear, the mystery-solving procedure; the second, cyclical, the murderer killing again and again. The dynamic behind serial murder, as the original series showed us, isn’t so much accumulation as repetition. Maddy and Donna: they were vulnerable because they were Laura’s doubles (or, because they came to occupy the position that Laura had previously occupied for the murderous men of the show). Laura had to be killed, over and over.

As I see it, it is this sense of (diachronic) repetition that is most significant to the franchise, rather than the (synchronic) repetition that begat the good/bad doppelgängers of Season 3. As I’ve discussed elsewhere, Fire Walk With Me was already a repetition of Twin Peaks, but one that exposed the full horror beneath this compulsion. After all, Maddy and Donna (and Annie and Audrey and Ronette and Shelly) were copies of an original that never really existed for us. The allure of Laura Palmer—the glue that held the original series together—was always predicated on her unreality, her impossibility. Rather than allow the deaths to continue, further enriching the mystical abstraction that is Laura-as-sign, Lynch reinserts the real body of a real girl into the heart of her cult, forcing us to bear witness to her abuse.

How do the show’s creators respond, then, to our desire for yet another repetition? In short, they refuse. Instead, the audience is punished for wanting to see its favourite abusive, exploitative mountain community preserved in pristine condition, just as Cooper is punished for his final attempt at forcing yet another repetition: one last turn on the wheel for poor Laura. For all the show’s casual misogyny, it is to Lynch and Frost’s credit that they categorically deny us another beautiful female corpse in Twin Peaks 3. They anticipate the show’s time-travelling coda by situating us from the outset in a world where Laura (or the position she occupied), having suffered quite enough, is long dead and in heaven. The only problem is they neglect to tell us (or Cooper) this fact.

‘Something is missing and you have to find it’. To better understand the unique bizarreness of Twin Peaks 3, it might help to concentrate on what’s missing. In the original series, the sudden absence of Laura (and the ‘present absence’ of her secret) functioned as the ‘lack’ that held both the show and the community together. (Hence, in Season 2, once Laura’s murderer is revealed and apprehended, the series begins to fall apart.) In contrast, what’s missing in Season 3 is exactly that absence, that secret. We’re left with a lack of a lack—a double negative which, given the conventions that govern the series (along with the audience’s expectations and desires), is unable to cancel itself out. We are expecting a new mystery, a new Laura, but instead we get the opposite: an unmanageable excess (of Coopers, of Major Briggses, of Sheriff Trumans, of storylines, of settings, of characters).

This lack of a constitutive, structuring lack is, for me, the source of the series’s radical genrelessness. Like Cooper, the viewer is set adrift in a cinematic world that feels totally unanchored to any conventions of TV, film, or indeed, narrativity more generally. The original series combined disparate genres—crime procedural, soap opera, gothic horror, high school romance—around a central protean nexus: the shape of Laura Palmer, which in its absence, could fit into any of these slots. In contrast, the complete lack of genre orientation in Season 3 means the viewer is deprived of all expectations or assumptions. And since narrativity cannot exist outside of genre (controversial, perhaps, but I stand by it!), this lack of genre is also a lack of narrativity, making Twin Peaks 3 a ‘post-narrative’ text. By denying us a new Laura, and thus the narrative basis for the much-desired ‘return’ to Twin Peaks, Frost and Lynch force us to feel the extent to which our dearly remembered, obsessively repeated entertainment was predicated on a young woman’s violent death.

Laura Palmer is absent from Twin Peaks 3 (at least, until she is forced back onstage by her would-be saviour). Still, unlike in the original, this absence is not omnipresent. She has been forgotten by her own show. People have moved on; the world continues to spin. Nevertheless, the tension that this ‘absent absence’ produces in the viewer doesn’t go unremarked by the show. The repressed Laura Palmer re-erupts in two particular ways: one positive/farcical, the other negative/tragic. 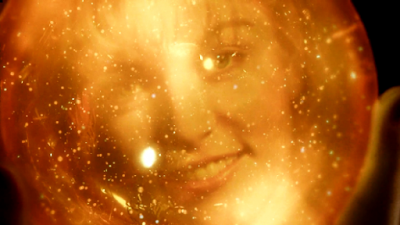 Firstly, Laura’s existence as a kind of symbol or cipher is both acknowledged and (ironically) hyperbolized in the White Lodge. Twin Peaks 3 refuses to perpetuate the ritual of misogynistic murder, but it does re-present this ritual in the most reductive, structuralist terms: as the antagonism between abstract forces of good and evil, a glowing Laura orb and a glowing BOB orb. We’d be wise to take this caricature cosmology with a pinch of salt. Having shown us the real, flesh-and-blood Laura in Fire Walk With Me, her reification as the feminine spirit of pure goodness can only be read as a sarcastic overidentification with a callous game of mystical essentialism. The White Lodge, in Twin Peaks 3, is not to be trusted.

Secondly, Laura’s role in the original series is repeated in negative in Audrey’s storyline. While Season 2 was brought to its troubling conclusion with the repeated question ‘How’s Annie?’, by the opening of Season 3, the most pressing question was definitely ‘How’s Audrey?’. No one really cared about Annie, nor did we ever really expect Laura to come back to life. It was Audrey who’d been stuck in limbo all that time, somewhere between life and death, after Season 2’s cliffhanger ending. It was Audrey’s fate that we tuned into Season 3 to learn, and about which we continued to enquire, with increasing desperation, as each fruitless episode drew to a close.

Thus, while Twin Peaks 1 began with an absence (Laura’s) that both devastated a community and brought it together, Twin Peaks 3 begins with an absence (Audrey’s) that no one in the show ever acknowledges. ‘Something is missing and you have to find it’: obviously, what the Log Lady is really referring to here is Audrey. She’s missing and no one seems to care. Even when we finally glimpse her in Episode 12, she’s still not really there. Audrey renders Lynch and Frost’s refusal ambivalent; her suffering has no effect on the rest of the show, it cannot force narrativity to cohere. Hence, it feels extraneous to the proceedings, unnecessary. But is this not the case for all real suffering? Shouldn’t all suffering feel unnecessary? To make things even more ambiguous, Audrey’s suffering manifests itself in her own exasperation at an unacknowledged absence: that of her lover, Billy, the chimera who appears to represent all of the show’s absent narrativity, its absent cohesion, its absent meaning.

By universalising Laura and her murderer to an abstract realm of metaphysics or the ‘laws’ of human nature, the terrain of narrativity—in which the universal confronts the particular, and action is given meaning through its localisation in a particular context—is vacated. Yet Audrey is still suffering, sequestered and alone. We’re refused the chance to enjoy her suffering, but neither can we comprehend it. Somewhere, offstage, the old evil keeps repeating. The world, while unrecognisable, has hardly changed. 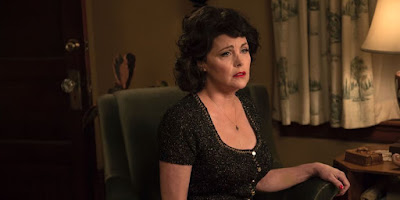