New Year is actually my favourite time of the musical year by far. I'm perenially propelled through midwinter on an avalanche of new music, aggregated from the year-end lists of all those many bloggers who've had better (or less scrupulous) access to more albums throughout the past year. Yet before I begin my annual attempt to soak up as much as I can of the good stuff that has dripped through my fingers, I still want to talk about my ten favourite albums of the year (especially since I'm bound to start regretting my decisions as soon as I sink properly into my January playlists).

As tends to happen when I compare my lists with those of more full-time bloggers, some of the space usually reserved for zeitgeist-definingly new stuff has been given over to exceptional new offerings from some of my favourite old stalwarts - the kind of album that Pitchfork will acknowledge gladly as an addition to an established band's existing oeuvre, but then overlook around list-time. Still, these ten weren't too difficult to assemble, since between them they easily demanded the majority of my aural attention as the year proceeded.

Adventures in the Top 40: Wayward Choruses

Here’s a geeky little medium-length post about chart pop to offset all that earnest politicising in the last post, and - spoiler alert - all the earnest politicising to come in the next post. I just wanted to describe a lovely musical trend that links three of my favourite tracks clinging doggedly to the UK singles chart. Let us listen first to Nicki Minaj’s ‘Super Bass’ which has just popped out the bottom of the Top 40. An awesome song for many reasons: great hook, great lyrics, great production, she’s awesome. But one of the things that I think really defines this song in particular is how unusual the relationship is between its harmonic progressions (the chords used) and its conventional structure (verse/chorus etc.), especially for unabashed party pop. 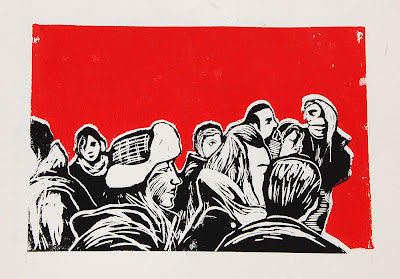 I’ve spent a little time at the Occupy London camp since its establishment last month, though not nearly enough to feel in any way qualified to be a representative of the protests. However, I am proud to say that I was at least there on the first night, in the exhilarating chaos of the first assemblies and the comprehensive yet unconvincing police encirclement. At that point there really was a very broad range of protesters represented: long-haulers and day-trippers, established British socialist groups and a huge number of European students showing solidarity with concurrent protests overseas. There was a slew of different aims, obsessions and strategies represented (although a good number of fundamental ideals were clearly universally shared).

In this article, I'll try to locate some of the differing (and at times warring) qualities of these young contemporary activists, as represented in the new political music of two artists giving early voice to this new political movement: tUnE-yArDs and John Maus. By comparing these two artists, I also aim to demonstrate two very different ways in which pop music can engage explicitly with politics.

I was lucky enough to go to End of the Road festival last month, and lucky enough to see Kurt Vile and the Violators from the front of the crowd. And they were awesome. In fact I actually found it quite overwhelming, emotionally (and yes, it’s the 21st century, I’m going to make reference to emotions, deal with it).

I’m sure most music fans know the emotional chill which might seem randomly and inexplicably to wash down through your body with the first few bars of a live song. Often, it seems to have a lot to do with the realisation of a private treasure - a recording cherished in your bedroom or between earphones - in real time and space, by real people. It authenticates the provenance and value of that treasure, validating all its personal truths. The presence of an equally ecstatic fellow audience surely adds to this feeling. I'm sure this was part of it, but between me and Kurt, I think there was something else more specific in action at End of the Road, and I believe it extends right down into what I feel to be the unique qualities of his recent album.

Enjoyed this article, which touches on the kind of thing that I've ended up writing about quite a lot here:


READ READ READ
The writer explores the distinction between what he calls the 'aesthetic imagination' of pop on the one hand and indie on the other. In doing so, he touches on the depth to which signifying styles and tropes are expected to permeate musical and visual personas in each culture, and how far an artist's 'theatricality' can extend before appearing 'inauthentic'...

For a British person, I actually listen to a disproportionately small amount of British music. (Although I suppose it depends how you look at it - the rest of the world is a lot bigger than the UK, after all.)

Anyway, perhaps perhaps this is all about to change... Forget the Mercury Prize, I give you three great videos for three great songs by three of the upandcomingest British artists:

The glitch-soul Macbeth lays bare his regicidal aspirations in this uncanny coven. Dark as fuck, and rapidly becoming one of my favourite videos ever.

Superb homemade meta-riot of a video for catchy new single from the wry chamber-dance ensemble.

Two riffs on race and hetero male sexuality in this year’s music, with especial reference to of Montreal, Wild Beasts and The Weeknd...

So I like to keep abreast of my own prejudices, and I was recently made to reflect on my differing reactions to similar gestures made in different, 'racialised' genres (a discrepancy which, I think, is pretty common). The gestures have to do with the sexualisation of a hetero male subject - the singer themselves, or their performed persona.  It basically runs that I make a comparable ‘double-take’ when:

Postmodernism as Topic #2: The Go! Team Listen To Yr Childhood

I belatedly return to a subject that I embarked upon a while ago in reference to Deerhoof’s new record Deerhoof vs. Evil, which is an exploration of postmodern practices and concerns as the topic, not just the aesthetic or process, of pop music. The Go! Team, whose 2011 album Rolling Blackouts is quite possibly their best yet, have self-consciously crafted an unmistakable signature sound, yet their approach goes further than that. At many levels, the Go! Team represent the postmodern age, through postmodern means (form as well as content), referencing other postmodern media in a thoroughly postmodern game of signification. Just a cursory listen to Rolling Blackouts could demonstrate several layers on which the tenets of postmodernism are being addressed as well as merely inhabited. The main ones that I want to discuss are: the creation of a sonic ‘frame’ through which a ‘listening’ to the early 90s is pre-mediated, and a direct engagement with the musical language and cultural meanings of TV theme tunes.

I've taken some time out from this site in order to establish my new classical blog - the biting point - but I felt compelled to write this article after being comprehensively wooed by Secret Eyes, the 2008 album by Swedish indie-disco-pop duo Cloetta Paris. My recent relationship with this album seemed as good an excuse as any to write what will be a tribute post to a perfectly common - even quintessential - pop gesture, but one which always manages to totally seduce me. It is a gesture in some ways emblematic of the simple but endlessly repeatable pleasures that pure pop is capable of. It is the gesture which is largely responsible for my personal weakness for both epic, super-mainstream club music and unpretentious, playground pop-punk. It is a four-chord harmonic sequence. 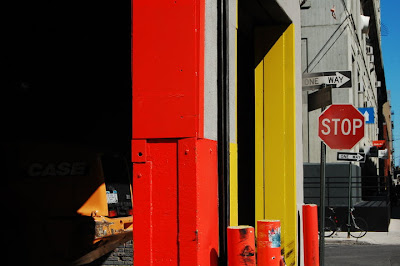 Halcyon Narcosis: Deerhunter and the Darkness Beneath

The more I listen to Deerhunter's Halcyon Digest, the more I'm convinced that it's haunted. As I familiarise myself with each track, so I'm sure that I can perceive the same shadowy presence beneath the surface of each. Reading around online reviews today, I wanted to see if anyone else sensed this presence as much as I do, and I was fairly surprised to find myself quite alone in my interpretation. And yet I can't shake it - the face that I can just see in my mind's eye (or ear), printed deep beneath each track, gains clarity with each new hearing. It is all the more convincing because, for me, this pervasive face which keeps flashing or flickering out of focus seems to hold the record together, and to provide the clues to why the album seems so much more than a 'celebration' of Bradford Cox's real and imagined memories. However the band may have wished to have constructed their latest album, the whole thing was built on a grave site from the start.

The gorgeous photograph serving as cover art for jj's free-to-download (and therefore physically coverless) mixtape, kills, does more than capture some of the soft-edged, gauzy quality of the duo's sound, and of Elin Kastlander's voice. Like all images attached to internet releases, it provides a sense of materiality - of record as multi-sensory object. Moreover, though, it perfectly illustrates the key subject of the record. A boy's face, turned in light sleep upon snowy sheets, the whole image washed in a pink-grey filter, very close and tender and intimate. Private bedroom art. This is what jj address, in process as much as subject, on their mixtape: our personal and private relationships with songs, how they are recreated and recontextualised within the unique circumstances of our interior lives.